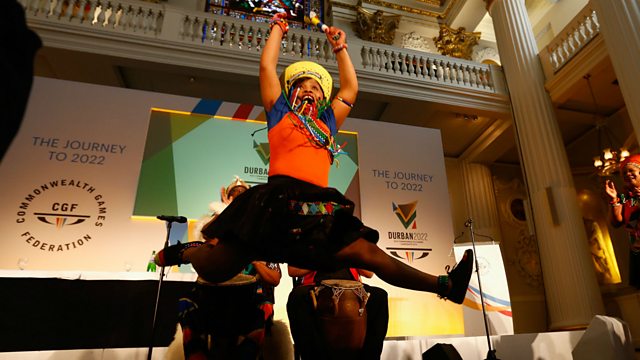 Is this about the preparedness of cities to host major sporting events or sports ability to attract suitable bidders? Or has the public fallen out of love with hosting big events?

March Madness:
The billion dollar college basketball tournament ‘March Madness’ is just underway. We look at this remarkable competition and the place it holds in American culture.

Six Nations on My Mind:
We’re in Tbilisi as Georgia hand out another rugby union beating to Russia. A sweet victory considering the history the two countries have. Aside from the geo-politics of it, the win cements Georgia’s place in the world rugby. So is it time the Georgian replaced the Italians in the Six Nations, or swelled its ranks to seven?

Riding High:
When Olympic equestrian Peder Fredricson beat Zlatan Ibrahimovic to the Swedish equivalent of Sports Personality of the year a few weeks ago it caused waves. It also helped one group “Boys Who Ride” in trying to change the perception amongst some in Sweden that equestrian sport is ‘just for girls’. We saddle up with them.

The Land that Banned Football