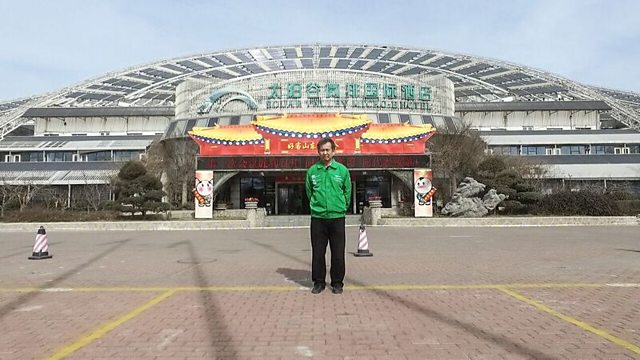 Checking out the Solar Hotel

Could we build cities using solar panels instead of walls? That’s the dream that Huang Ming, a wealthy entrepreneur in China’s Shandong province, has had since the 1980s. He’s become known as the ‘Sun King’ after building a vast solar park, including a showcase hotel, to prove a new kind of solar architecture is possible. So why hasn’t it caught on? We check into a room in the solar hotel and examine the vision and sometimes unfulfilled dreams of solar architecture in China.
Plus, why do bins in Copenhagen have shelves built into them? Clue: it helps the city’s poorest people

Moving in with Refugees

Toilets in Haiti and Circular Runways