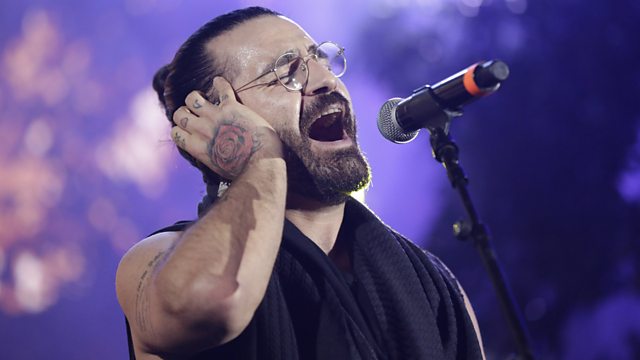 The musicians being persecuted for raising their voices against political, cultural or religious repression

The musicians being persecuted for raising their voices against political, cultural or religious repression. Rex Bloomstein talks to artists whose songs have led to their imprisonment, torture and to the continuing threat of violence; artists who have been driven from their homelands, artists who, literally, risk dying for a song.

In one recent year alone 30 musicians were killed, seven abducted, and 18 jailed by regimes, political and religious factions and other groups determined to curb the power of music to rally opposition to them. In Syria, singer Ibrahim Quashoush, was found dead in the Orontes River, his vocal chords symbolically ripped out.

Rex hears stories of tremendous courage and determination not to be intimidated and silenced. Egyptian singer Ramy Essam tells of how he was brutally tortured after his songs rallied the crowds in Tahir Square during the Arab Spring. Two weeks later, after recovering from his injuries, he was back performing his songs aimed at bringing down the regime of Hosni Mubarak. Iranian singer Shahin Najafi continues to perform around the world despite a fatwa calling for his death, after his songs upset the religious leaders in his home country. He says: "At night I turn to the wall and slowly close my eyes and wait for someone to slit my throat".

Amid tales of musical repression in Sudan, Tunisia, Burkina Faso and Lebanon, come stories, more surprisingly, from Norway. Deeyah Kahn reveals how she was forced to flee the country in the face of violent threats aimed at stopping her singing and Sara Marielle Gaup talks of her struggle against repression of the music of the indigenous Sami people in the north of the country - labelled "the devil’s music".