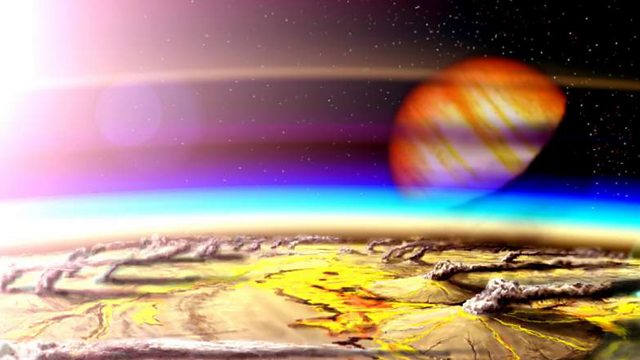 Hunting for habitable exoplanets has just got easier as many exoplanets which have previously been considered too icy may have been falsely dismissed. Exoplanets with volcanos which pump hydrogen into the atmosphere may be warmer than we previously thought. Hydrogen gas absorbs outgoing radiation which warms the atmosphere and melts inhospitable ice, providing an environment which may support life. This greenhouse warming effect could expand the habitable zone around distant stars by 30-60%.

New Model Improves Offshore Earthquake Forecasting
The 2011 Japanese earthquake and tsunami far exceeded experts’ expectations, destroying defences and killing thousands of people. A new model called CRUST is the first to simulate all events caused by an offshore earthquake: tsunamis, landslides and aftershocks. It is hoped that it will improve hazard forecasting and strengthen emergency planning to help avoid huge fatalities from disasters like the 2011 Japanese tsunami.

Biofuels Reduce Damage Caused by Plane Contrails
With the aviation industry rapidly growing, a lot of research has been done to better understand the impact of carbon dioxide emissions. But until recently the impact of the soot found in plane contrails has been overlooked. Contrails may look beautiful and harmless but like carbon dioxide, they too contribute to global warming. By using a 50:50 biofuel conventional fuel hybrid, we may be able to reduce the impact of contrails by 50-70%. This provides a glimmer of hope for climate change as the effect of replacing conventional fuel with biofuel would be seen immediately.

Unravelling the Mysteries of the Lut Desert

Most Complicated Earthquake Ever Observed