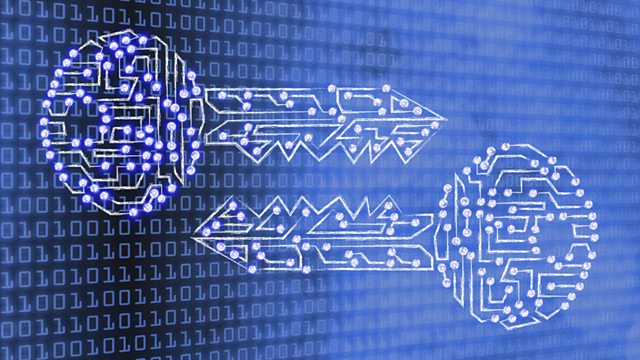 Geeks developed it, and the government tried to control it. But without public key cryptography we would not have the internet as we know it.

Take a very large prime number – one that is not divisible by anything other than itself. Then take another. Multiply them together. That is simple enough, and it gives you a very, very large “semi-prime” number. That is a number that is divisible only by two prime numbers. Now challenge someone else to take that semi-prime number, and figure out which two prime numbers were multiplied together to produce it. That, it turns out, is exceptionally hard. Some mathematics are a lot easier to perform in one direction than another. Public key cryptography works by exploiting this difference. And without it we would not have the internet as we know it. Tim Harford tells the story of public key cryptography – and the battle between the geeks who developed it, and the government which tried to control it.

Past, present, and future methods of cryptography and data encryption

A primer on public-key encryption

Quantum computing is a major threat to crypto, says the NSA