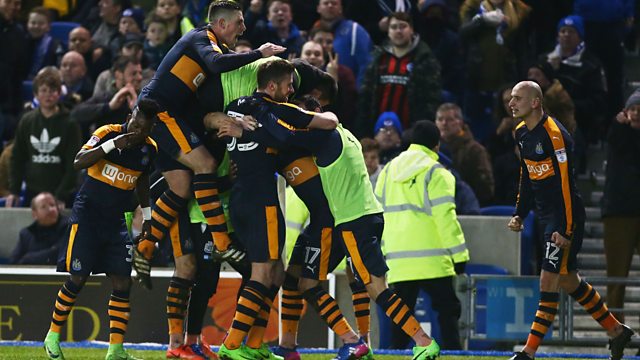 Newcastle go top of the Championship

Mohamed Diame and Ayoze Perez scored in the last 10 minutes as Newcastle came from behind to snatch a late victory at promotion rivals Brighton.

Hear reaction from the managers and fans. Plus debate about a possible new Leicester manager, after Roy Hodgson is named as a possible replacement for Claudio Ranieri.