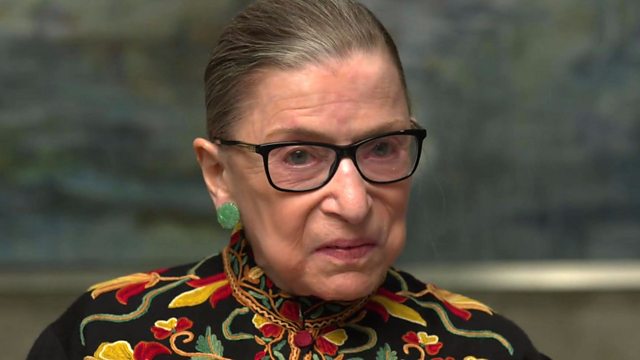 US 'pendulum' to swing back - top judge

Supreme Court Justice Ruth Bader Ginsburg says the US is "not experiencing the best of times" - but the "pendulum" will swing back. Speaking to BBC Newsnight in a rare interview, Justice Ginsburg also reiterated the importance of the free press. Justice Ginsburg was attending the final dress rehearsal of Dead Man Walking at the Kennedy Center in Washington, DC - an opera looking at the moral ambiguity of the death penalty in America. Justice Ginsburg was nominated by Bill Clinton and is regarded as a liberal.