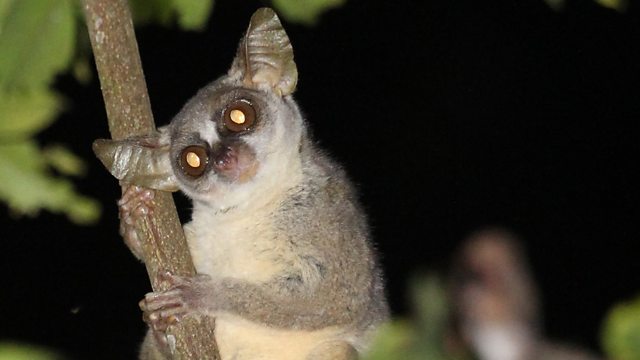 The dwarf galago was found in Kumbira Forest in north-western Angola. The forest is not protected and its habitat is being destroyed due to commercial logging throughout the Angolan Escarpment forests.

Magdalena Svensson and Professor Simon Bearder are researchers in the Nocturnal Primate Research Group at Oxford Brookes University and they identified the little creature. The BBC's Andrey Brown asks them how they first came to hear about it.