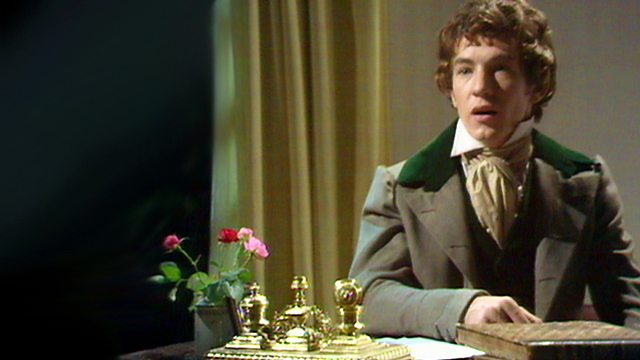 The English Romantic poet John Keats died on 23 February in 1821.

Here, Sir Ian McKellen performs as Keats and recites the poem 'When I have Fears That I May Cease to Be’, written in 1818.

In his portrayal, McKellen alludes to the disease that would kill the poet at the tender age of 25 - tuberculosis. In 1820 Keats moved to Rome hoping the climate would aid his health. He died there in a house overlooking the city's famous Spanish Steps a year later.