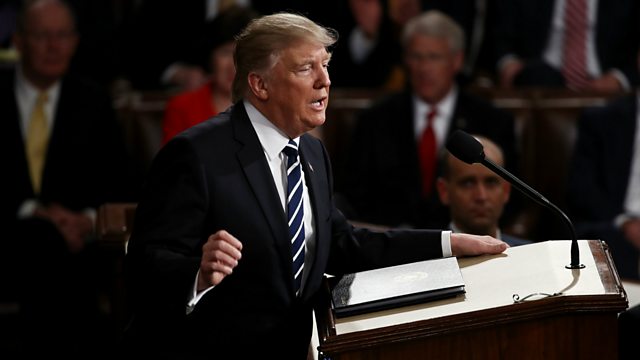 In his first address to Congress President Trump adopted a measured and upbeat tone and spoke of a "new chapter of American greatness". Also in the programme, the UN finds both sides committed war crimes in the battle for Aleppo and scientists discover an evolutionary 'arms race' between squids and octopuses.

Yemen on the Brink of Famine