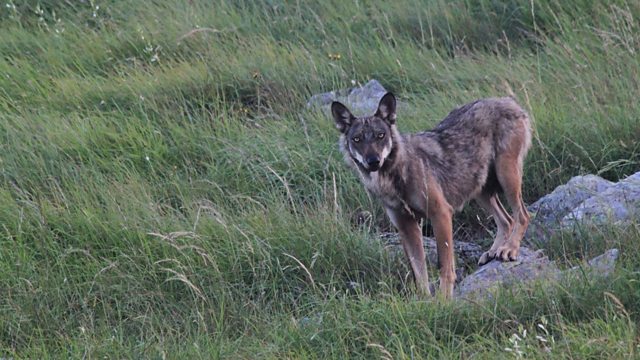 The magic moment of a wolf sighting

In the Apennine mountains that run the length of Italy live maybe 1,800 wolves. They feed on the wild boar, and the deer - sometimes sheep, to the consternation of farmers. They don't tend to attack humans, but there are very few people who would want to come face to face with one, which makes Paolo Rossi rather unusual. He's a photographer, and for years now, he's been actively seeking out wolf packs living in a valley called the Val Trebbia - where they've re-established themselves since being declared a protected species in the 1970s. (Picture credit: Paolo Rossi.)