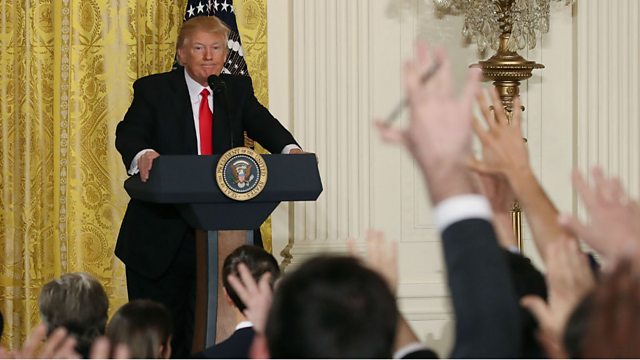 Trump and Trusting the Media

President Trump has launched a blistering attack on the mainstream media at his latest press conference, so we hear from supporters and critics of the President about which media they watch and trust.

Also - Kenyans react to the government's plan to collect all personal mobile phone data. And - after tennis star Eugenie Bouchard's Twitter date burns up social media, we hear from couples who met over Twitter.