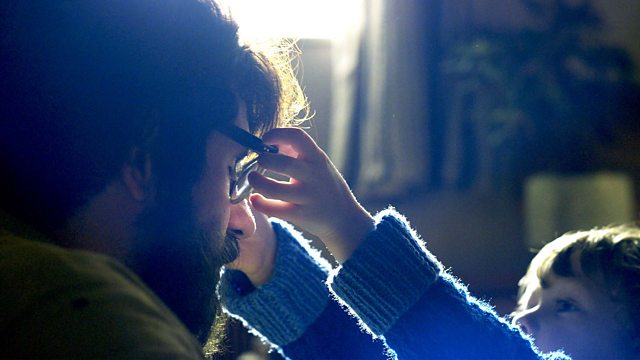 A Storyville documentary: Moving and inspiring account of university professor’s sight loss, his rebirth and renewal. Available with audio description or a heightened soundtrack.

This BAFTA-nominated film is a moving and inspiring account of loss, rebirth and renewal - and the discovery of 'a world beyond sight'. In 1983, after decades of steady deterioration, John Hull, a professor at the University of Birmingham, became totally blind. To help him make sense of the upheaval in his life, he began documenting his experiences on audio cassette. Over three years he recorded over sixteen hours of material.

This beautifully crafted documentary takes John's original recordings as the template for the film, incorporating lip-syncing by actors in evocative reconstructions. The technique allows the viewer to immerse themselves in John's world as he comes to terms with his deteriorating sight, and learns to experience the world in different ways. As John explains about his redemptive journey: "I knew that if I didn't understand blindness, it would destroy me."

This heightened soundtrack was produced by one of Europe’s leading sound designers, Joakim Sundström, who has created a rich, immersive soundtrack calibrated specifically for blind audiences. This track uses enhanced sound design and additional audio from the characters in the film to guide the audience through the story. Instead of a narration-led model (as in the standard AD track) this approach aims to create a rewarding and complete audio experience that is immersed in the dramatic world of the film.

An audio described version read by Stephen Mangan is also available and aims to provide blind and partially sighted audiences with an alternative to the standard AD track.