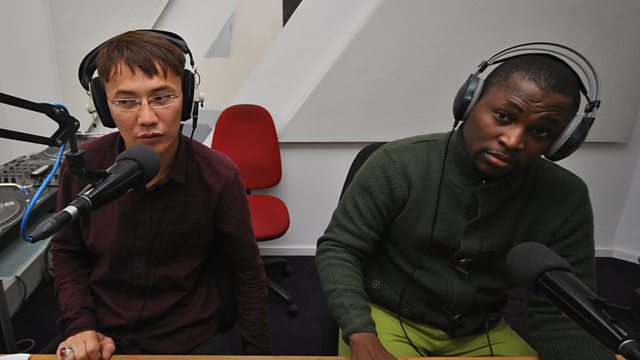 Meet the refugees behind the microphones on Germany’s pioneering Refugee Radio Network.

Media headlines often fuel fear about refugees and amongst refugees. But what happens when refugees pick up the microphones and tell their own stories?

Refugee Radio Network, in the German city of Hamburg, is a project that is tapping the power of community radio stations and the internet to give voice to refugees from wherever they have come. Founder Larry Macaulay, a Nigerian refugee who fled Libya in 2011, says “Let it be diverse, multi-ethnic, universal, no barriers, no borders - that is what I believe. Just come express yourself in the way you can.”

Moaz, a 22-year-old Syrian from Damascus, says he got involved to challenge the discrimination he has experienced. “They think if you speak Arabic you are terrorist. Through our programmes we are trying to open the mind of the German people. To tell them - look these refugees they are not like what you see on your news. They are not animals. They are just normal persons - they eat like you, they work like you, they sleep like you. They are like you. They don’t come from the moon or another planet.”

Can this innovative radio project create better integration with German society and replace fear with hope?