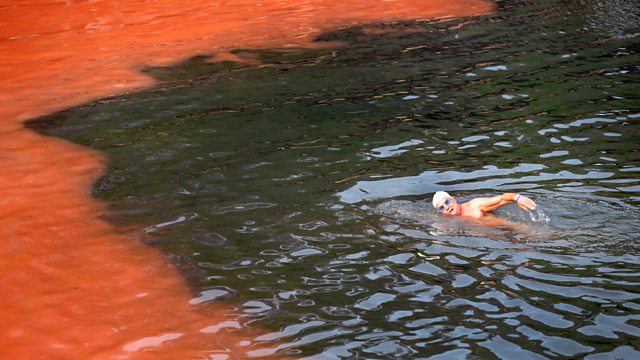 How the organisms at the centre of our food web are stressed - and what that means for our plate.

You've swallowed many of them throughout your life without realising, and some look like aliens: we look at plankton, the sea's smallest living creatures that have a big global impact. At the centre of the food web, and responsible for most of the air we breathe, these microscopic plants and animals are eaten by fish in our seas, which are eaten by bigger creatures, and eventually eaten by humans. But what happens when new problems hit these ancient critters, which have existed for millions of years? And how does it affect our health - and our plates?

We speak to Jeff Herman in the US, whose skin was left crawling and in sweats after he got Ciguatera food poisoning from eating a hogfish. He tells us how his nightmarish symptoms were linked to toxins created by plankton.

We share a voyage with the crew in charge of the world's oldest plankton recorder in Plymouth, England. They have been monitoring the world's seas since the 1930s to check on the health of these tiny creatures so vital to our food chain. Plankton scientists tell the BBC's Emily Thomas that new types of plankton not seen since the Ice Age are moving in - prompting questions around how plankton will adapt to new challenges like pollution and climate change.

And what would you do if the sea around you turned bright red? So-called red tides can blight seasides and devastate fishing industries from Florida to the South China Sea. Hong Kong journalist Ernest Kao tells us about the devastation created by an overpopulation of algae, another kind of plankton.

And Professor Lora Fleming tells us about the movements and patterns of these tiny creatures, how toxins from some can skew with your sense of hot and cold, and how new research is helping us to harness the power of plankton in a more sustainable way.

See all clips from The Plankton Problem (2)