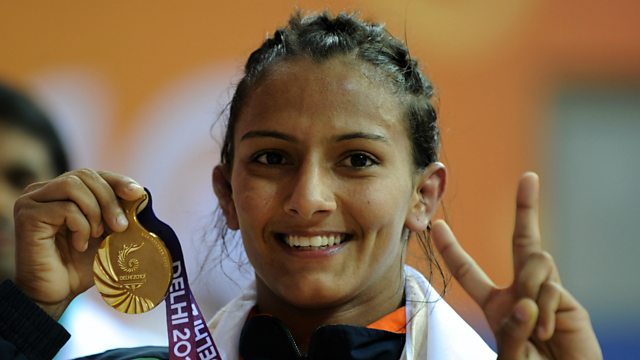 The incredible story of an Indian father who passed on his wrestling prowess to his children, and coached them to win medals at the highest level.

Geeta Phogat was the first Indian woman to win a gold medal for wrestling at the Commonwealth Games. A few years later she broke another record when she qualified for the London Olympics. Geeta's younger sisters and female cousins followed her lead. They have all been trained by Geeta's father, Mahavir, who used to be a wrestler himself. The extraordinary story of the Phogat family was turned into a movie, Dangal, which is the highest grossing Bollywood film of all time.

Mexican fisherman Jose Nava left his country in the Sixties to move to London, where he became a self-taught artist. Much of his work is inspired by his days out at sea, and he recreated a little piece of Mexico in his shed in North London.

For many years San Pedro prison was famous for being the most dangerous jail in Peru. There were frequent violent riots in which people were sometimes killed. But things are changing for the better thanks to a fashion label created by an ex-Chanel designer. Reporter Jane Chambers went to meet Thomas Jacob of Project Pieta and some of the prisoners involved.

Nour El-Khoudary is part of a group of young, tech-savvy women in Gaza who are running their own start-ups, the Gaza Sky Geeks. Nour has just launched Mummy Helper, which gives advice and support to women and connects them to experts to help with their parenting issues. The idea came from Nour's own experience of having her first baby away from home because her husband was studying in the US.

Turning Myself into a Comic Superhero