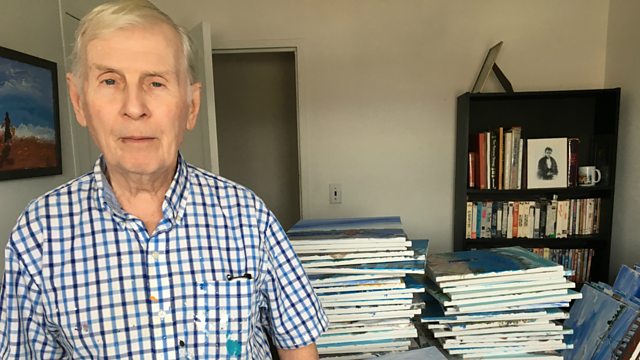 Janitor by Day, Artist by Night

Robert Sundholm picked up a paintbrush at age 60 and took the New York art scene by storm.

Robert Sundholm was working as a janitor when at the age of 60 he picked up a paintbrush and discovered he had a talent for art.

Joff Summerfield used to build engines for Formula 1 cars. Then he got bored, built a penny farthing (the old fashioned bicycle popular in the 1880s) and cycled round the world.

Pablo Rafael Cordova was living in the coastal town of Portoviejo when Ecuador was hit by a huge earthquake in 2016. More than 650 people were killed and almost 30,000 left homeless.

Hussain Sadiqi is known as Afghanistan's answer to Bruce Lee. But growing up under the Taliban, as a member of the Hazara minority, he was forced to flee the country.

(Photo: artist Robert Sundholm with some of his paintings. Credit: Daniel Belardinelli

Turning Myself into a Comic Superhero