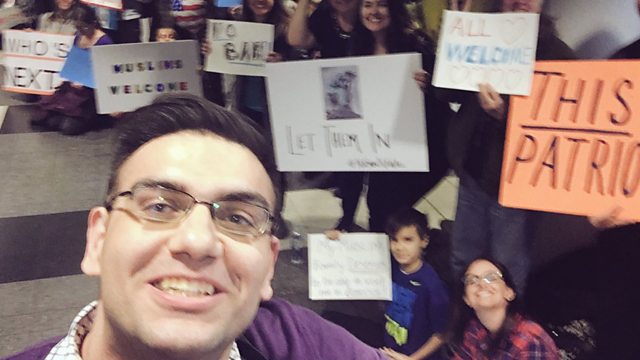 BBC World Service journalist Ali Hamedani has described how he was detained at Chicago's O'Hare airport and interrogated for more than two hours following a travel ban on people from seven Muslim majority countries travelling into the USA.

Hamedani is a British citizen but was born in Iran. He has not been able to go back since 2009 because he works for the BBC and does not have Iranian passport. He was detained this evening by American border agents having flown in from London Heathrow on a trip to Los Angeles.

He told 5 live's Stephen Nolan: "They took away my phone and started searching my Twitter account looking to find out my political views. I was also asked questions like if I had been training with the military in Iran."

"I couldn't convince the guy because he kept asking me about why I'm entering the country with a British passport, not an Iranian passport. I told the guy I don't have that Iranian passport anymore."

"I was arrested back home in Iran in 2009 because I was working for the BBC. It felt the same this time."