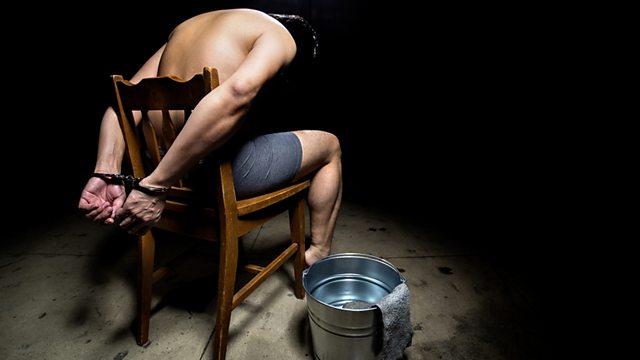 President Donald Trump has claimed that torture “absolutely” works. But what evidence is there of this? And can its use ever be justified?

In his first TV interview as US President, Donald Trump claimed that torture “absolutely” works and said the US should “fight fire with fire.”

But what evidence is there that torture is an effective method of obtaining valuable intelligence? And can the use of torture ever be justified?

Becky Milligan hears from a former interrogator who worked at the Abu Ghraib prison in Iraq and now calls himself a torturer, a former political prisoner who was tortured in the notorious Evin prison in Tehran, and a neuroscientist who has studied the effects of torture on the brain.

(Photo:Man sitting in chair with hands tied together behind his back with a bucket on the floor. Credit: Rommel Canlas/Shutterstock)