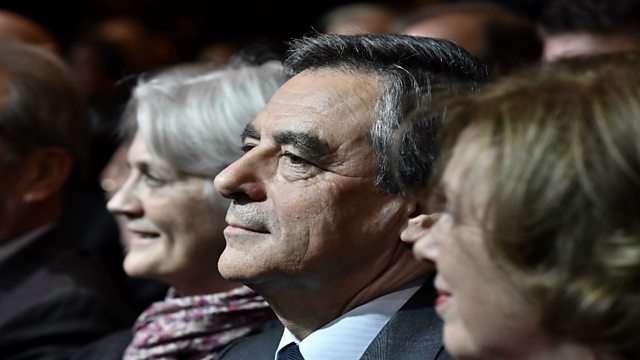 Francois Fillon, the candidate of the centre-right party in the upcoming French election is in trouble over financial questions relating to his wife, Penelope.

Francois Fillon, the candidate of the centre right in the upcoming French election, faces calls to quit after prosecutors widen their investigation into allegations of fraud against the candidate and his wife. We hear from Pierre Briancon from Politico Europe.

A clean air scheme which preventing people from using their cars in Mexico City has had no effect on air pollution, according to a recent study. We speak to its author, Dr Lucas Davis of the University of California, Berkeley..

Should non-profit organisations like churches be allowed to back political parties or candidates? In America, ever since the Johnson Amendment in 1954, they have been banned from doing so. Now Donald Trump says he wants to change that. Julie Zauzmar, who covers religion for the Washington Post, explains why.

And after a week in which President Trump has had some "tough" phone calls with other world leaders, we ask whether getting angry in negotiations ever works. We hear from Henry Evans, co-author of Step Up, Lead in Six Moments that Matter, who also runs the business consultancy Dynamic Results.

We're joined throughout the programme by Tony Nash, chief economist at Complete Intelligence in Singapore, and Diane Brady, a business columnist and author in New York.

Will Trump Try to Roll Back Wall Street Reform?