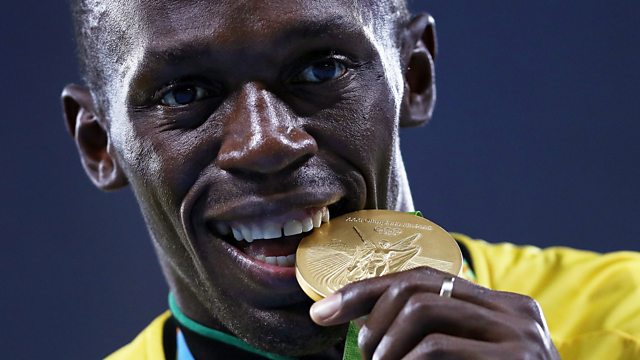 Darren Campbell says it’s "disgusting" that Usain Bolt will be have to give back one of his nine Olympic gold medals after Jamaican team-mate Nesta Carter tested positive for a banned substance.

Carter and Bolt were part of the Jamaican quartet that won the 4x100m title at the 2008 Beijing Games.

Campbell was asked to return the silver medal he won as part of the Great Britain relay team at the 2003 World Championships after team-mate Dwain Chambers failed a doping test.

The 2004 Olympic gold medallist believes Bolt having his name removed from the record books should be enough.

This clip was first broadcast on 5 live Sport, Wednesday 25 January 2017.