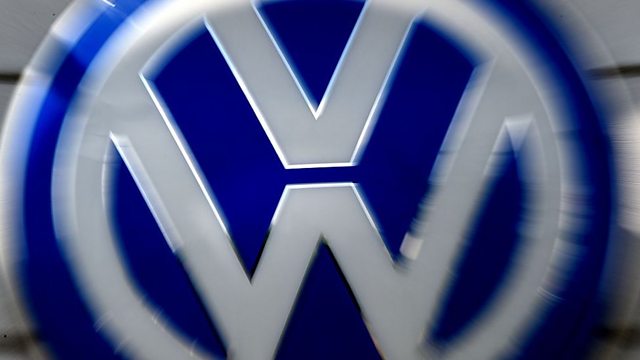 Volkswagen has agreed to pay a further $1.2bn in the US to settle its emissions scandal.

Volkswagen has agreed to pay a further $1.2bn in the US to settle its emissions scandal. Greg Archer of the Brussels-based research group Transport and Environment offers us his assessment. Plus the BBC's Alex Ritson reports on business and government efforts to cut diesel emissions. Also in the programme, India has promised to put more money in the pockets of the poor. The BBC's Shilpa Kannan reports on the country's annual budget. The UK government has approved genetically modified wheat to be grown in a field trial. We find out more from Dr Malcolm Hawkesford of Rothamsted Research, which developed the crop, and Liz O'Neill of the pressure group GM Freeze, who is opposed to the move. And an artificially intelligent computer has learned how to bluff, beating poker players for the first time. We find out more from Dr Zoubin Ghahramani, an expert in machine learning at Cambridge University.