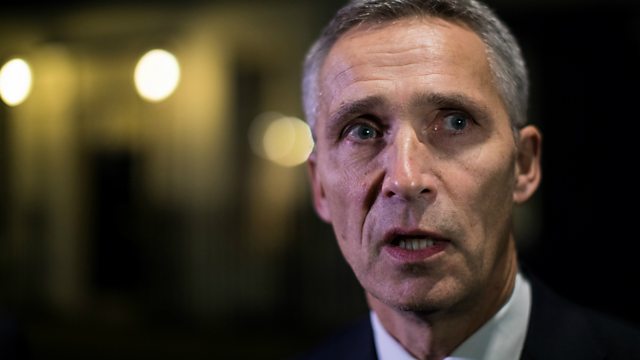 Will the ascent of US President Donald Trump hasten the demise of the alliance? Hardtalk's Stephen Sackur is in Brussels to speak to NATO Secretary General Jens Stoltenberg.

Is NATO obsolete? Or an organisation that can change and adapt? Jens Stoltenberg is chief of an alliance of 28 nations that's supposed to work by consensus, but his job just got a whole lot harder. Donald Trump is now in charge of NATO's dominant member, the United States, and he's been very public with his grave doubts about NATO's future. Will the ascent of Trump hasten the demise of NATO?

HARDtalk’s Stephen Sackur is in Brussels to speak to NATO Secretary General.