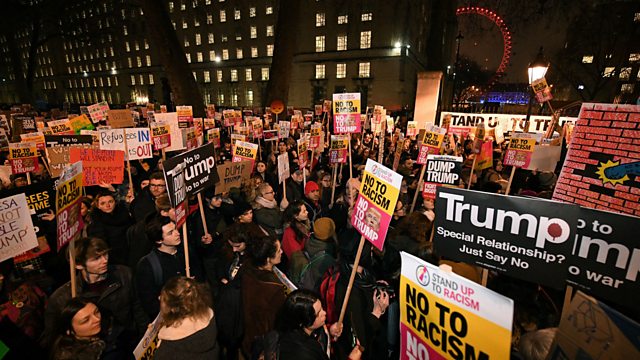 Thousands of people have joined protests in London and cities across the UK against Donald Trump's controversial ban on seven mainly Muslim countries. We speak to Trump's former economic advisor, Betsy McCaughey.

Also on the programme: Settlements around Jerusalem and Quebec mosque attack.