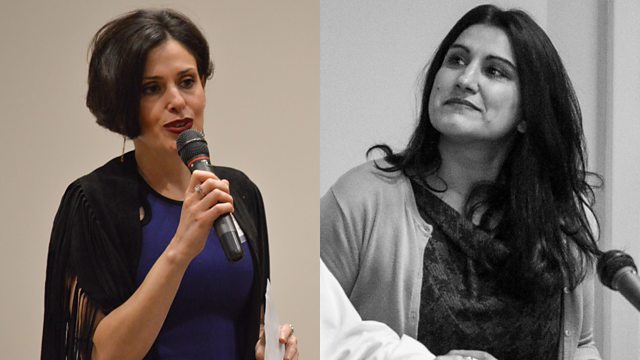 As a teenager, Jasvinder Sanghera ran away from home to escape a forced marriage. Fraidy Reiss left her whole life behind in her quest for freedom. Both now support others.

Two women who've escaped forced marriage and now fight for the rights of other victims talk to Maryam Maruf about how they've coped after being ostracised by their families.

Most people look forward to their wedding day: not Jasvinder Sanghera. She grew up in a large Sikh family in Derby, UK and was set to marry a much older man. Instead, aged just 16, she ran away from her home. Her family disowned her - and refused her attempts at reconciliation. As a response, Jasvinder went on to found Karma Nirvana, a charity which supports victims of forced marriage and honour-based violence.

Fraidy Reiss didn't even have her own bank account when she left an abusive marriage at the age of 32. She'd been brought up in an insular Orthodox Jewish community in New York, and did not feel she had any real choice in who she married. When she left her husband she had to turn her back on her whole life. She set up a new home with her daughters, and decided to help other women from all different religious and cultural backgrounds to escape forced marriage. Her organisation is called Unchained at Last.

See all clips from Forced Marriage (2)