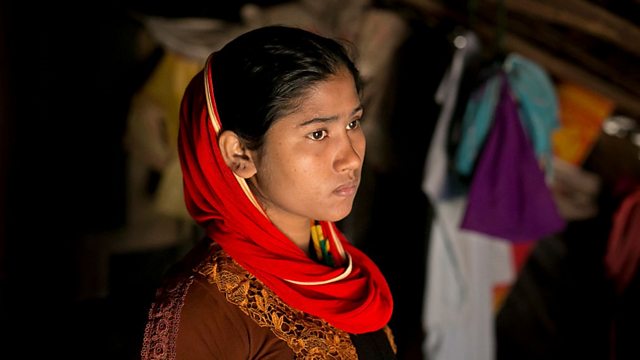 A Rohingya exodus and official denials from Myanmar; Yahya Jammeh leaves the Gambia; female Marines are made in the USA; and the Mediterranean time capsule of Northern Cyprus

Pascale Harter introduces personal reflections, analysis and wit from correspondents and writers around the world. In this edition:

Jonah Fisher hopes to get to the truth of what's happening to Rohingya communities along Myanmar's border with Bangladesh - but is stymied by a military welcoming party and a brick wall of official denials from Aung San Suu Kyi's new government.

Alastair Leithead describes what it was like to be on the tarmac as The Gambia's longtime dictator Yahya Jammeh finally took his leave of the country and flew away to Equatorial Guinea.

Hannah King is impressed by the intensity of "The Crucible" - a relentlessly tough exercise crowning the brutally demanding training which makes US Marines out of raw recruits at Parris Island, North Carolina. The difference this year? Some of those recruits are female, and will end up in combat roles.

And Simon Busch revels in the oddness, as well as the sense of time having stood still since the 1970s, to be found in the internationally unrecognised "Turkish Republic" of Northern Cyprus - a place where some landscapes seem untouched by the decades since the island's partition.

Photo: Jamalida, aged 16, in a makeshift house she shares with 4 other Rohingya refugees from Myanmar in Cox's Bazar, Bangladesh, January 2017. She says they were driven out by waves of attacks, including rape and arson, committed by the Myanmar military. (Allison Joyce/Getty Images)