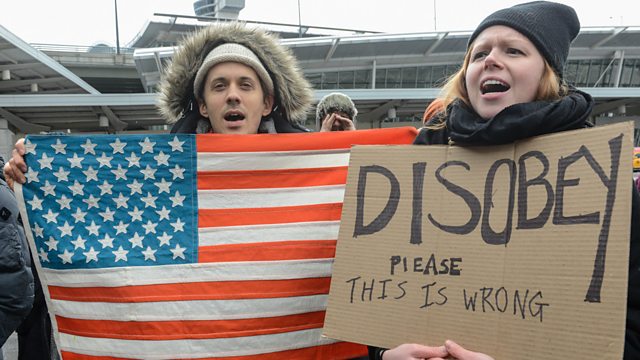 Confusion Over US Refugee Ban

President Donald Trump is facing legal challenges to his executive order placing a temporary ban on refugees from entering the United States. There has been confusion among airlines, customs and border officials, with travellers prevented from boarding and some detained after landing on American soil.

Also on the programme: Scientists warn that global warming could lead to raised levels of toxic mercury in fish and what sort of music does your dog like?