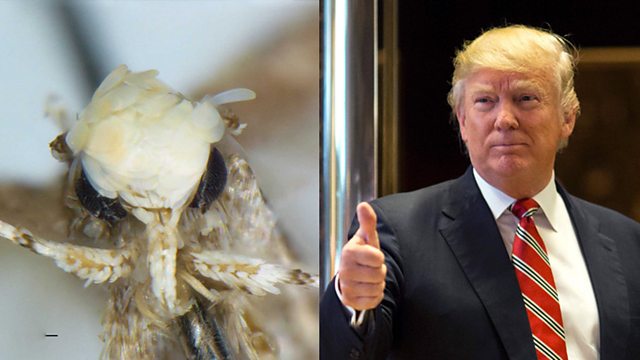 A new species of moth that resembles President-elect Donald Trump has been discovered in California. The moth has “yellowish blonde scales covering the head” and has been named 'Neopala Donaltrumpi' after the next President of the United States.

Biologist Dr Vazrick Nazari was the man who made the discovery after an analysis of a collection of moths from the Museum of Entomology, at the University of California.

He told 5 live the moth is “barely a centimetre wide in wing span so it’s a tiny moth. It seems to be very rare.”

He also says he hopes the President-elect “takes it with the good intention it was intended.”