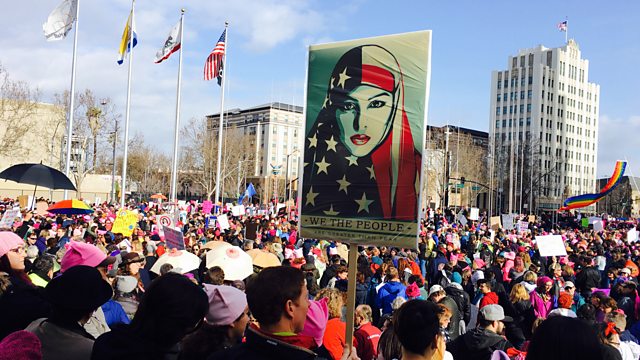 Silicon Valley took to the streets on Saturday to protest the country’s new president and the rise of fake news. Last month Donald Trump hosted a cordial summit with some top tech leaders but despite this, as Alison van Diggelen reports, many in this community are fearful of what his presidency might mean for innovation.

UAVs Landing On a Sixpence
Fixed wing UAVs have great difficulty landing in designated spots, but a team of researchers in southern England have conducted trials on a new design of wing and machine learning that enables greater precision in mimicking landing like birds.

Zenvus
The tech entrepreneur Ndubuisi Ekekwe through his company Zenvus plans to make farming in Africa smarter. He talks to Click about the sophisticated sensors which are part of an intelligent system that collects data from the soil.

Gaza Sky Geeks
Click talks to Ryan Sturgill, the director of Gaza Sky Geeks, about the campaign to launch a coding academy and to buy a generator to overcome the difficulties faced by the internet hub (Gaza Sky Geeks) because of intermittent electricity supply and restrictions on movement to and from Gaza.