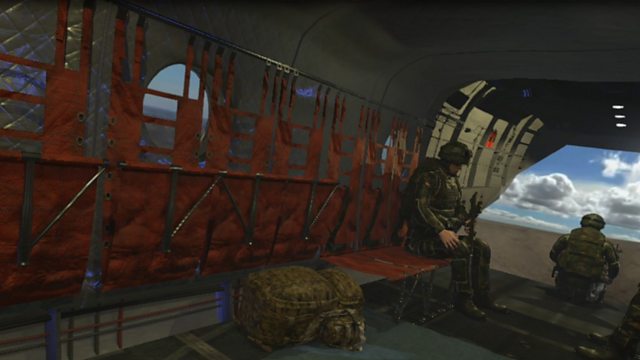 How can Virtual Reality help transform the military?

Virtual Reality is being used by the military to replicate conditions of real world combat to help train recruits.

Professor Bob Stone of the University of Birmingham says that VR "costs about 90% less" and is "safer" than current training systems.

Bomb disposal simulation is one scenario that has been adopted by forces:

"We've been developing a simulator that enables the squadrons that go out and drive this [bomb disposal] vehicle, and the very complex robot arm that comes with it, to perform their duties safely and efficiently."

The military are also able to use VR to train medics, drone and fighter pilots and also super impose virtual maps for tactical purposes onto ordinary tables.