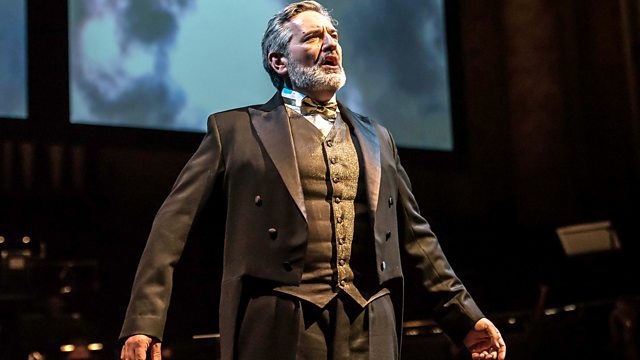 Das Rheingold establishes Wagner's cycle, beginning with music that evokes the very dawn of time. The dwarf Alberich steals a priceless treasure and uses it to forge a magic ring.

The first of the four music dramas in Richard Wagner's monumental Ring cycle, in a radically stripped-back, critically acclaimed production by Opera North. Filmed during live performances in 2016, this is total immersion in a unique, all-encompassing music drama.

Set in a world populated by dwarfs and giants, gods and river-maidens, Das Rheingold establishes the cycle in thrilling fashion, beginning with music that evokes the very dawn of time.

The dwarf Alberich renounces love and steals the Rhinegold, a priceless treasure, from the River Rhine. He uses it to forge a magic ring which confers wealth and power on its owner, drawing the attention of Wotan, king of the gods. In need of gold to pay for his new fortress Valhalla, Wotan takes the ring from Alberich, setting in motion an epic conflict between love and power.