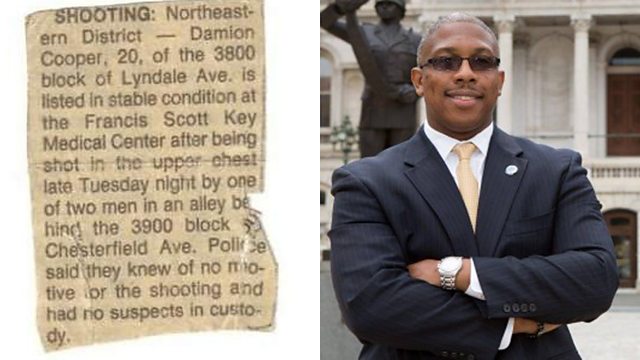 Damion Cooper: I can still vividly see the gun going off

Damion Cooper tells 5 live's Dotun Adebayo of the moment where he was told that "if you shut your eyes, you'll never open them again" after he had been shot on his mother's doorstep in Baltimore by a teenage boy was being initiated into a gang in 1992.
He now runs a Project Pneuma that works with black boys in Baltimore, teaching them the art of forgiveness, self control and discipline.