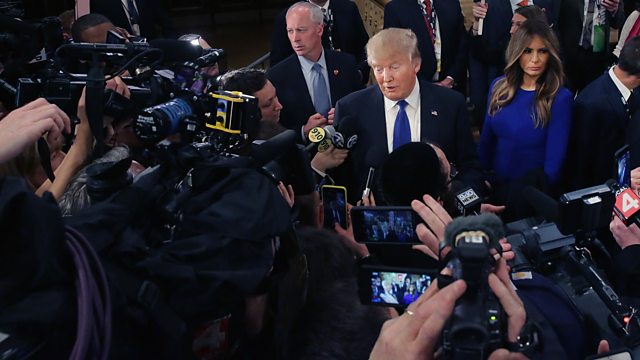 The President and the Press

A history of how the White House and the press corps learned how to live with each other - and how that may be about to change.

In 1897, when President McKinley was sworn in, there was no working relationship between the office of the US President and the members of the press. McKinley became the first president to allow press briefings, let the reporters into the Oval office and harness the power of the newspapers to affect public opinion.

President Woodrow Wilson treated the press like schoolboys and chatted to them while having his morning shave, but his presidency did establish the principle that journalists could routinely question their country’s leader. The first televised press conference was with JFK in 1961 and now they are a key part of any US president's relationship with the people who voted for him, with President Obama widening the meaning of the “press” to include Reddit, Google Hangouts and evening chat shows.

As President-elect Donald Trump prepares to move into The White House, we consider how the presidential relationship with the press will change, given his avowed contempt for aspects of the “Fourth Estate”. Our Washington correspondent Jon Sopel - no stranger to a presidential press conference - looks at the history of the connection between the US president and the press over more than 100 years and speculates on how it is set to change.