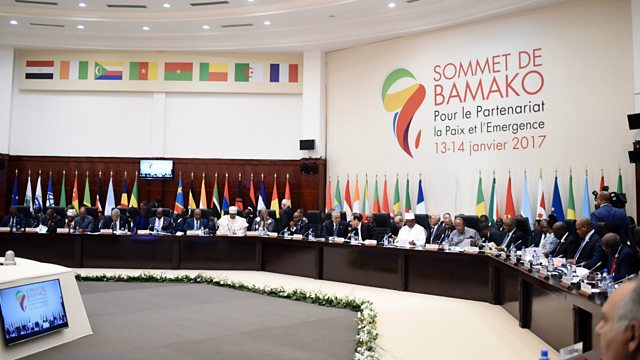 The leaders of thirty African nations and the French president Francois Hollande have met in Mali for the 2017 Africa-France summit. Top of their agenda is what to do about The Gambia, where the president Yahyah Jammeh is refusing to step down despite losing an election last December.

Also on the programme: an interview with the reporter who first met former British intelligence agent Christopher Steele. And a look at Barack Obama's eight years in office through the photographs that defined his presidency.