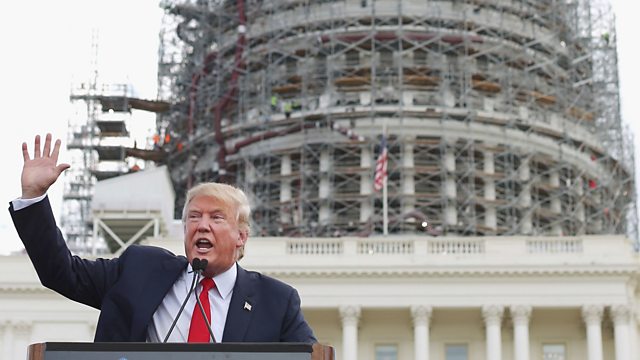 Culture and the Trump Presidency

Donald Trump will be sworn in as the 45th President of the United States on January 20th. The Cultural Frontline looks ahead to the Trump Presidency and examines how artists, writers and musicians are marking this historic moment.

Booker Prize-winning novelist Paul Beatty looks back at Obama's cultural legacy and looks ahead to how the Trump cultural aesthetic might be expressed.

As inauguration day looms, who will be performing and who has refused? Mark Coles examines what we know so far.

And we hear from visual artists on both sides of the political spectrum about how they have chosen to express their feelings about the election.

The Lasting Cultural Impact of Partition

The Art of Inauguration Speeches