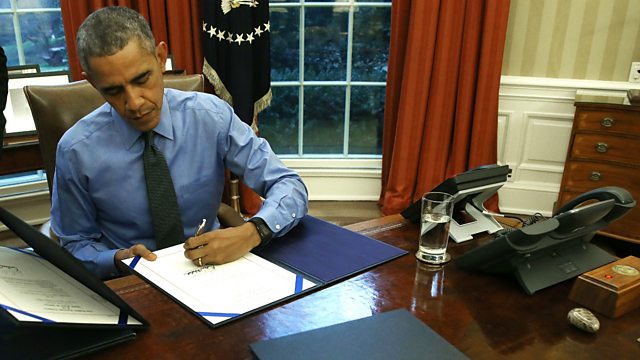 History in the Making

Obama is the first US president to author an article in Science magazine.

US President Obama has published three articles in top academic journals in one week. Why?

Also on the programme: we look back on Obama’s complicated legacy in Kenya, the birthplace of his father; we examine some evidence that casts Richard Nixon’s presidential legacy in a different light; we meet one of the first female missileers; and we learn about a long lost musical, commissioned during World War II, by the US Army.

Getting down to Business