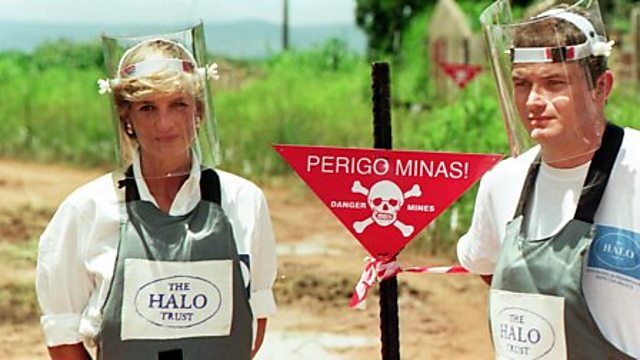 How Britain's most famous Royal brought the danger landmines to the world's attention during a visit to Angola in January 1997.

In January 1997 the world's most famous woman, Diana Princess of Wales, called for an international ban on landmines. She was visiting Angola where she caught global attention by walking through a live minefield. Paul Heslop from the Halo Trust helped organise the Princess' visit and was with her during her iconic walk. He spoke to Farhana Haider about the impact of Princess Diana's campaign.