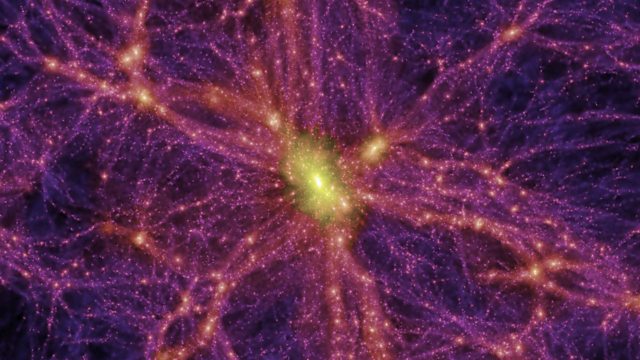 It is thought to make up more than a quarter of the entire universe but scientists can't find it. "It" is dark matter.

Over the summer no fewer than three independent experiments reported that they had failed to find any trace of it.

Despite a brief flurry of excitement the Large Hadron Collider has so far failed to make any progress, and astronomical observations have also come up empty handed.

All of which has led some people to call for a new generation of even bigger and better detectors, but others to ask a rather more fundamental question: maybe they can't find it because it isn't really there.

Our science editor Tom Feilden explores the riddle and Jon Butterworth, physics professor at University College London explains the science behind the hypothesis.