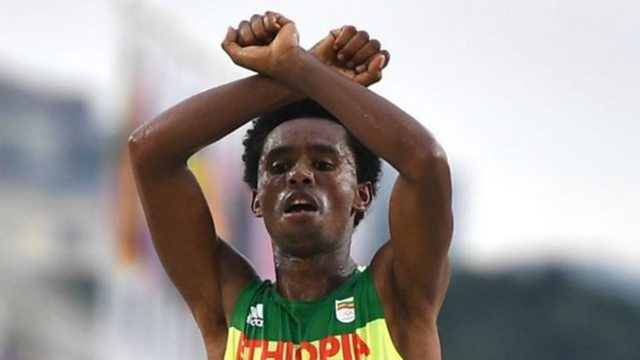 No regrets for Ethiopia's Olympic protester

Feyisa Lilesa caught the world's attention when he raised his arms in solidarity with the Oromo people as he crossed the finishing line at the Rio Olympic games. He tells Julian Keane what the gesture has cost him.