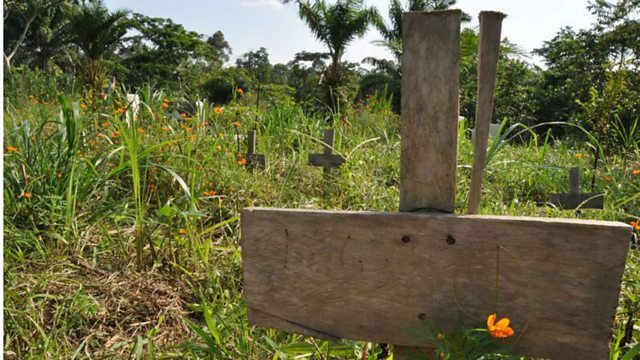 Villagers get killed almost daily in the Beni region in the northeast of the Democratic Republic of Congo. Those behind the violence are armed groups --both foreign and domestic-- using machetes and knives. Although it's not widely reported, it's a conflict which has cost hundreds of lives in more than two years. Volunteers have been building a website called "Beni Files" to shed more light on the killings. Elien Spillebeen --who started the project-- told BBC Newsday the harrowing story of a mother caught up in a raid.