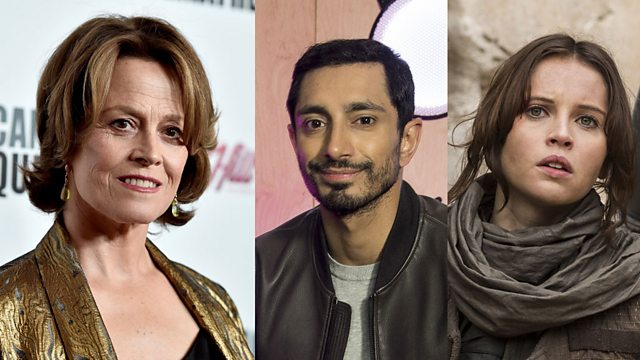 In The Arts Hour this week Sigourney Weaver talks about the ground-breaking character of Ripley in the Alien films. Actor and rapper Riz Ahmed explains why he finds airports provide creative spaces and David Attenborough reveals his world music collection.

Dame Helen Mirren discusses playing Death in her new film Collateral Damage. Felicity Jones, who stars in Rogue One, the new Star Wars film, tells us why she’s glad it’s finished. And we hear from director Barry Jenkins whose film Moonlight is tipped for Oscar nominations.

Joining Nikki in discussion are writer and film-maker Ruchir Joshi and the film critic Leslie Felperin.