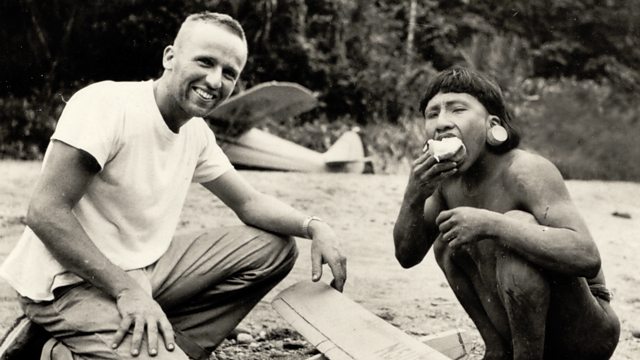 Death in the Amazon

In 1956 Ecuador's Auca tribesmen killed five American missionaries in the jungle. Steve Saint and Valerie Shepard, children of two of the victims, later met the killers.

In January 1956, members of the Auca tribe in Ecuador attacked and killed five American missionaries. They had made contact with the isolated tribe to try to convert them to Christianity. Mike Lanchin speaks to Steve Saint and Valerie Shepard, children of two of the victims, who later met their fathers' killers.

Photo: Nate Saint and Wao, a member of the Auca tribe, January 1956 (courtesy of Saint family)