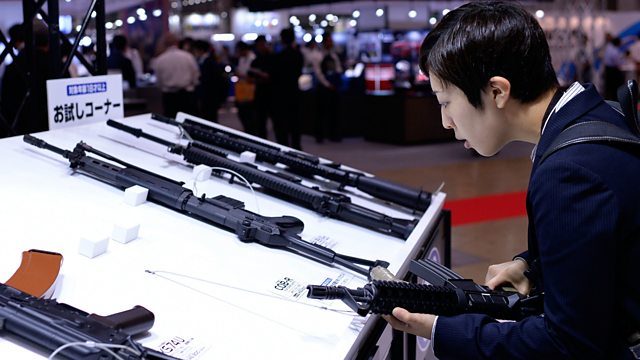 The Compass My Perfect Country
Episode 10 of 22

Gun control is a policy that fiercely divides nations – on the one hand there are the countries that enshrine the use of guns - while a host of others seek to eliminate them from society.

One country that has dramatically reduced gun violence is Japan. It has one of the world’s lowest homicide rates to the extent that shooting deaths per year are in the single digits.

These are the results of a rigorous gun control policy. Citizens cannot even hold guns in their hands without meeting strict protocols. These include all day classes, written exams, shooting range tests and military style background checks to ensure they have no affiliation with extremist groups. But the biggest factor of all is the decision for all police forces to abandon guns. Instead – they rely heavily on martial arts to combat criminals. However, Japan’s achievements may be under threat. A key element to the success of this policy is the pacifist culture that has shaped the country since World War Two. Now current Prime Minister Shinzo Abe wants to increase militarisation to counter-terrorism.

Fi Glover, professor Henrietta Moore and Martha Lane Fox – together with Iain Overton, the Executive Director of Action on Armed Violence – question whether these laws could work in countries across the world and whether increasing militarisation across the world poses a threat to gun laws.

(Photo: A man handles a fake gun on show at the Japan Models and Hobby Show 2016. Credit: Getty Images)