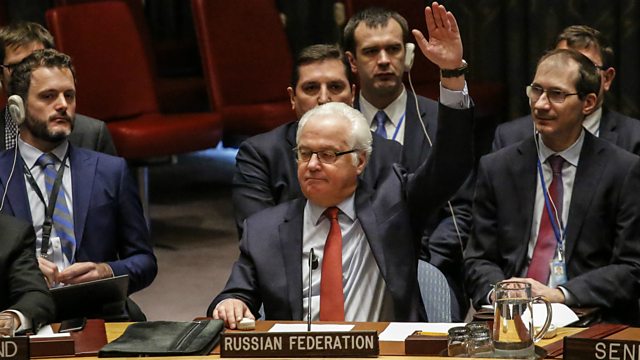 Also in the programme, obituary writers discuss the high number of celebrity deaths during 2016. And what the mainstream media can do to win back trust in what many are calling a "post-truth" era.

(Photo: Russian Ambassador to the UN, Vitaly Churkin, votes in support of fresh attempts to broker a peace in Syria. Credit: Getty Images)