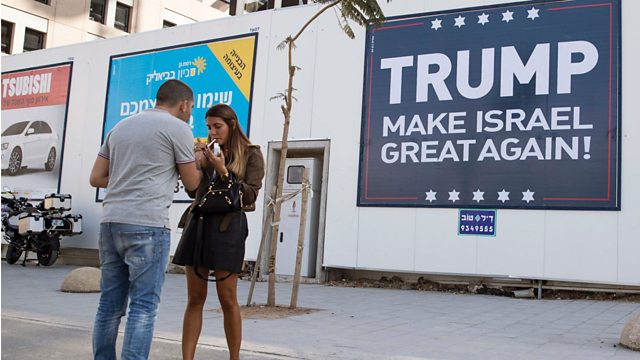 What will the Trump Presidency mean for Israel?

What will the Trump Presidency mean for Israel? The president-elect tweeted "we cannot continue to let Israel be treated with such total disdain and disrespect" after a UN Security Council resolution condemned Israeli settlement construction. We'll hear a group of Israelis discuss the imminent change of government in Washington.

Also - the death of actress Debbie Reynolds came just one day after the death of her daughter, Carrie Fisher. We'll hear other stories of people who have lost a child.