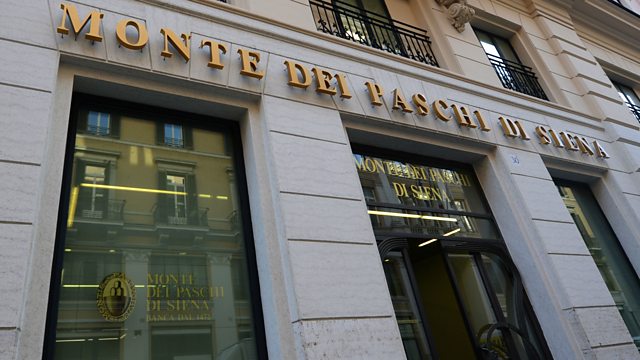 Italian lender Monte dei Paschi faces a capital shortfall of €8.8bn, higher than previously estimated. We get analysis from Ferdinando Giugliano, economic commentator at La Repubblica newspaper, and Deborah Ball, bureau editor for the Wall Street Journal in Rome. Also in the programme, the actress and writer Carrie Fisher, star of the hugely successful Star Wars film franchise, has died at the age of 60. As the turn of the year approaches, our economics editor Kamal Ahmed looks ahead to the likely big economic trends of 2017. Plus with party season in full swing in many parts of the world, the BBC's Rob Champion looks at the responsibilities the makers and sellers of alcohol have for the way people consume their products.