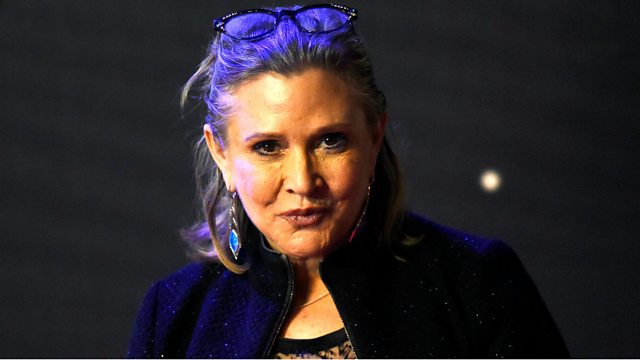 We discuss the impact of US actress and author Carrie Fisher, who has died aged 60

We discuss the cultural impact of US actress and author Carrie Fisher, who has died aged 60. The Star Wars hero was a mental health awareness campaigner as well as appearing in many films. Also, we hear the conversation surrounding the latest twist in allegations of doping in Russian sport. The New York Times says Russian officials have for the first time admitted to the existence of a doping operation which affected major competitions.