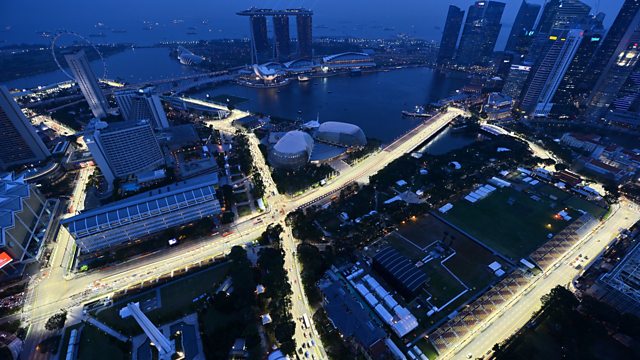 We examine the potential for reactive lighting and traffic signals, and even self-healing potholes in the city of the future. How close are we to the truly "smart city"?

We imagine the city of the future - not just a place where we live and work, but a living organism with reactive lighting and traffic signals, even water-mains that can fix themselves. We hear from two men involved in that transition: Brian McGuigan, the European Commercial Director for Smart Cities at the firm SilverSpring Networks, who is working on creating integrated city networks, especially focussed on smart lighting, and Phil Purnell, a Professor of Engineering at the University of Leeds, who considers how future drone and robotic technology will soon be able to monitor and fix problems, like potholes, broken light-bulbs and water-pipes, without people even needing to intervene. We also talk to Bernard Charles, President and CEO of Dassault Systemes, a French firm that's leading the way in the 3-D computer modelling that's needed to make these dreams a reality. But is a "self-healing city" a little too futuristic for you? With cities like Singapore aiming to become the world's first fully smart city, can we trust that Big Brother won't be watching us?

Cosmetics in China: An Ugly Business?