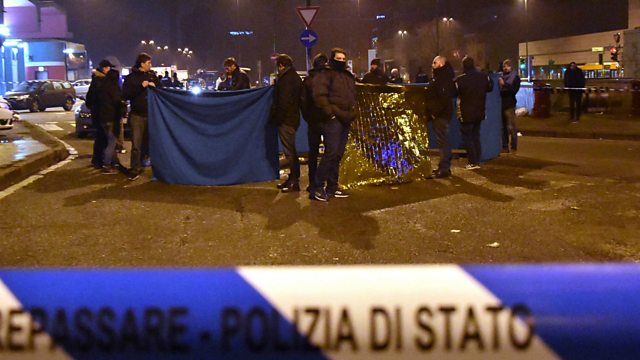 The Berlin market attack suspect Anis Amri has been shot dead by police in Milan.

Updates from Germany and Italy, where the man suspected of carrying out the deadly attack on a Christmas market in Berlin has been shot dead.

Also today; The Maltese Prime Minister says an internal Libyan flight has been diverted to the country. Putin's annual marathon press conference. The BBC's Ahmed Maher explains what happening with the Mosul operation. And the biggest health and tech stories of the year 2016.

(Photo: Italian Police cordon off an area after the shootout. Credit: Daniele Bennati/AP).