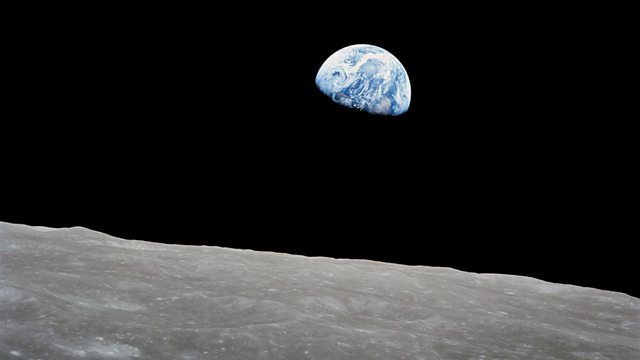 The biggest audience in TV history watch NASA's Apollo 8 mission beam back the first pictures from an orbit around the moon at Christmas 1968. The broadcast captured the world's imagination and put the Americans ahead of the Soviet Union in the Cold War battle to put the first men on the moon.

Picture: The Earth as seen from the Moon, photographed by the Apollo 8 crew (NASA)

The Break-Up of the Soviet Union